I was washing dishes a week ago, and I started singing “To Love Somebody” by Bee Gees, joyfully scrubbing away. I love that song. I wasn’t sure why that song had popped into my head, but it did. 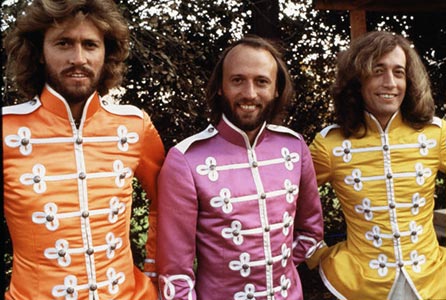 Now today as I walk to the beach, I hear a band playing loudly. Sounds like band practice at first with a rough, psychedelic vibration. As I get closer to Pacific Palisades Park, I look to see that it is indeed a band, playing for a wedding which is about to commence in a couple of hours. So I stroll casually past, but stay on the trail where lovers, dog-walkers and tourists alike linger and meander round the park. The singer announces that this will be one of their last songs. Lo and behold, the band played “To Love Somebody”! Their sound seemed to sharpen. The singer seemed to evoke a soft Bob Dylan-esque tone as he strummed on his guitar with mad reverb. Now, I know Bob Dylan isn’t in The Bee Gees, but his voice mimicked the hell out of Dylan. So I stopped to listen. It was beautiful and rare. I walked toward the rose garden just south of the performance, and sat on the hunter green bench and admired the Olympiad Rose Bush. What a perfect day. Ocean breeze blowing in bright orange blooming scents with a stunning view of the sea while enchanting music filled the air!

Then the music stopped after “To Love Somebody“. It was their last song afterall, right? 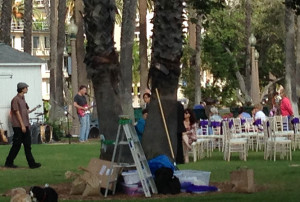 The Santa Monica Police approached the band to ask nicely to stop playing. I guess it wasn’t their last song. The distraught faces of the band told me it was not. Guests of the wedding were just arriving, and greeting the host of the party, who took time to say “Thank you for coming” as he spoke to the officers. 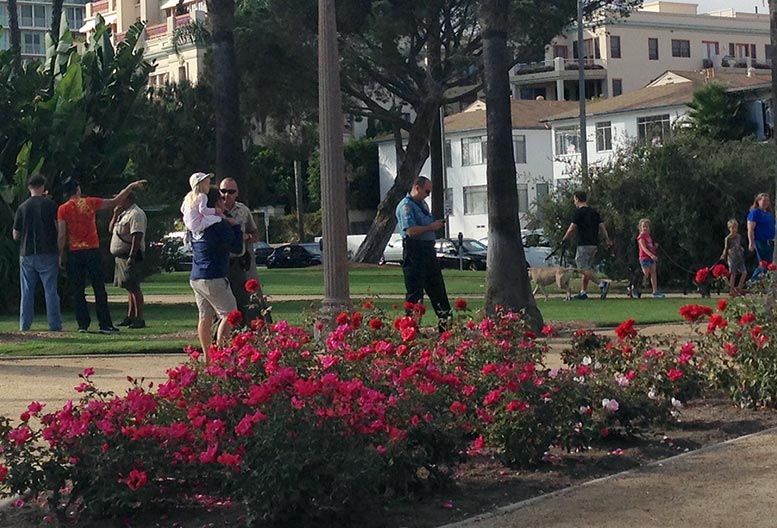 A little girl in a white who was watching with her father pleaded, “Daddy, I want to hear music!” to which he explained, “They had to shut it down, because someone complained.” This was only after he loudly gave a piece of his mind to the officer, in a harsh voice that broke the gentle reverie of the moment. 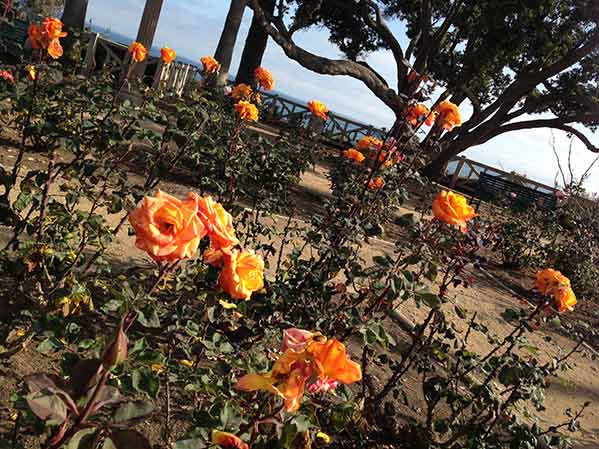 The singer sparked up a cigarette as he and the band reluctantly load their gear. The officers gather in a circle of three nearby, talking, waiting and watching patiently. I got up from the bench and walked down the lane, away from the unfortunate event, and continued to enjoy the magnificent day. 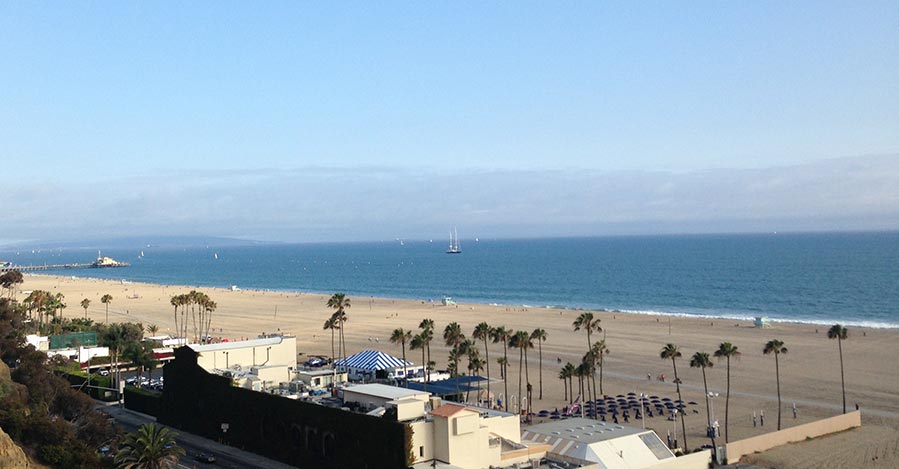 “To Love Somebody” (Performed by Bee Gees. Written by Barry Gibb / Robin Gibb)